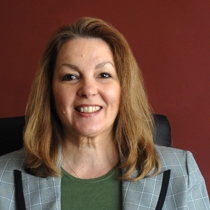 Janet has over 30 years’ experience in the Restaurant Industry and in the Point-of-Sale Industry. She has experience with over seven different Point-of-Sale Systems, including Remanco, Spinaker, NCR, Micros, Aloha Product Suites, Heartland 360, Aldelo and Alpha POS Services. She has background in corporate restaurant environments as well as an owner operator of a seafood restaurant. Working as a restaurant consultant, Janet assisted in the opening of over 100 restaurants. She is certified in all Microsoft Product Suites.

Janet is heavily involved with various community organizations including Past President for Runnemede-Bellmawr-Glendora Club 2011, President Elect for Runnemede-Bellmawr-Glendora Club 2010, Board of Directors for People for the Poor, Active Member of BNI Mt Laurel 1 Chapter, Active Member of South Jersey Chamber of Commerce. She also volunteers at Make a Wish Foundation, Southern NJ Family Services Annual Back Pack Drive and the Ronald McDonald House.
Born in Philadelphia, Janet attended Temple University. Janet is married and has two children and 4 grandchildren.